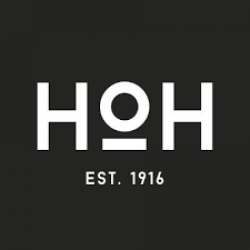 An empty department store has reopened after a multimillion-pound redevelopment lasting more than two years.

Hammonds of Hull is located in the former House of Fraser shop which closed in 2019 after the company went into administration.

The new ground floor food hall has created over 200 local jobs and features cafes and bars as well as stalls selling local produce.

As well as food outlets, the 30,000 sq ft (2,790 sq m) space is also home to a vinyl record shop, with plans for a recording studio in the basement from next year.

The five-storey building opposite the city's railway station was built in 1952 after the original store was destroyed in a German air raid in 1941.

The Hammond's business can trace its origins back to 1821 when Carl Hammond opened a drapery shop on Hull's old North Bridge.

Sovereign Signs were delighted to have played our part in the signage requirements for the Project.

Contact us today for further information, or to discuss your next project.